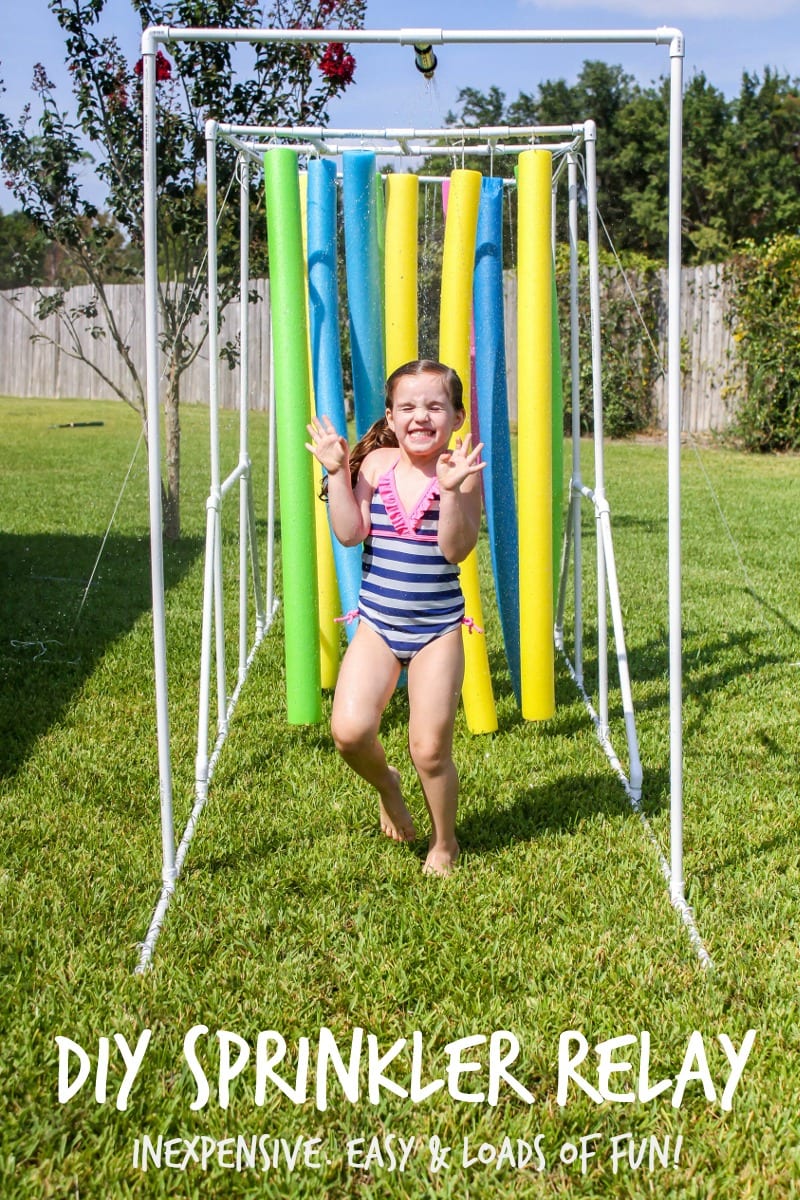 Who here loves summertime? I DO!! I know things are definitely more crazy having all the kids home from school, but I actually prefer having them home and love spending the time with them. We are always trying to find fun things to do and are so glad that dad is mighty handy. Last summer he built us a DIY Sprinkler Relay that provided hours of entertainment and lots of cool playtime out in the sun. I had hoped to write the tutorial for this last year, but then we moved last summer and things just got crazy as we attempted to get settled into our new place. So, yes, it may be a year late and the kids look like they’ve grown up so much since, but I wanted to share this awesome Sprinkler Relay because it really was a hit with the kids.

Being in Arizona, we spend a lot of time at the pool but getting FIVE kids ready for it, isn’t always easy. It was so nice having this relay course the kids could play with during the summer to help keep cool. It took a little bit of time to put together, but it was very simple and was inexpensive too. Not sure about you, but we’re all about fun, cheap, water activities in the summer time. 😉 There are quite a few steps to making this relay, but hopefully the pictures help and we’ve made it clear how to get it done. Here is what you’ll need…

HOW TO MAKE THIS DIY SPRINKLER RELAY

Although the making of this system looks complicated, once the pipe length is cut, the assembly is quite quick and simple. These plans show three separate water features all combined. The shower, the noodle run, and the moving sprinkler. These could each be built separately, but here we have shown them all made together in a line. We used ½” schedule 40 PVC, although, if you want it even sturdier, you could use a larger pipe. Some important notes when putting everything together, we used PVC glue on all the fittings to make sure that the water pressure did not separate the connections, although I have also seen tutorials where no glue is needed. 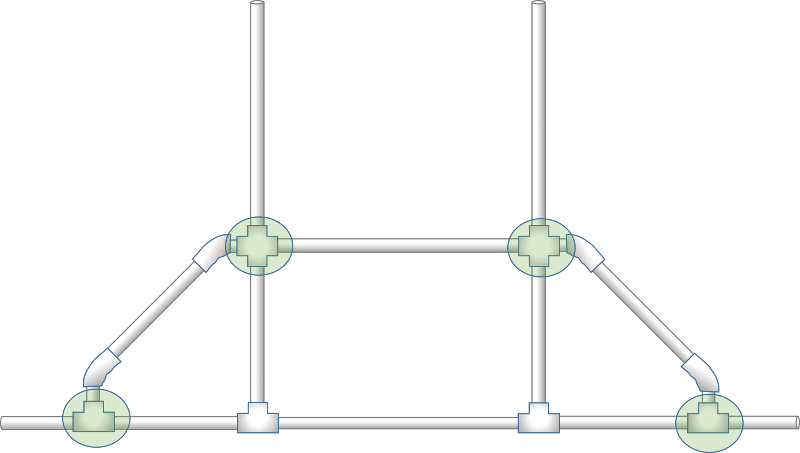 2. Assemble the 60” uprights, and the cross beams for the first and last obstacles.

3. Separately assemble the cage that you will hang the water noodles from.

4. Finish attaching the water noodle portion, as well as the pipes connecting it to the shower portion. 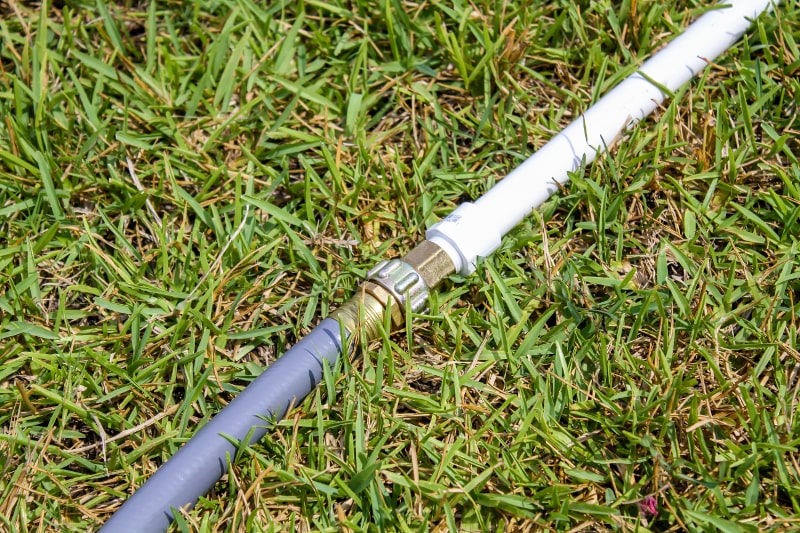 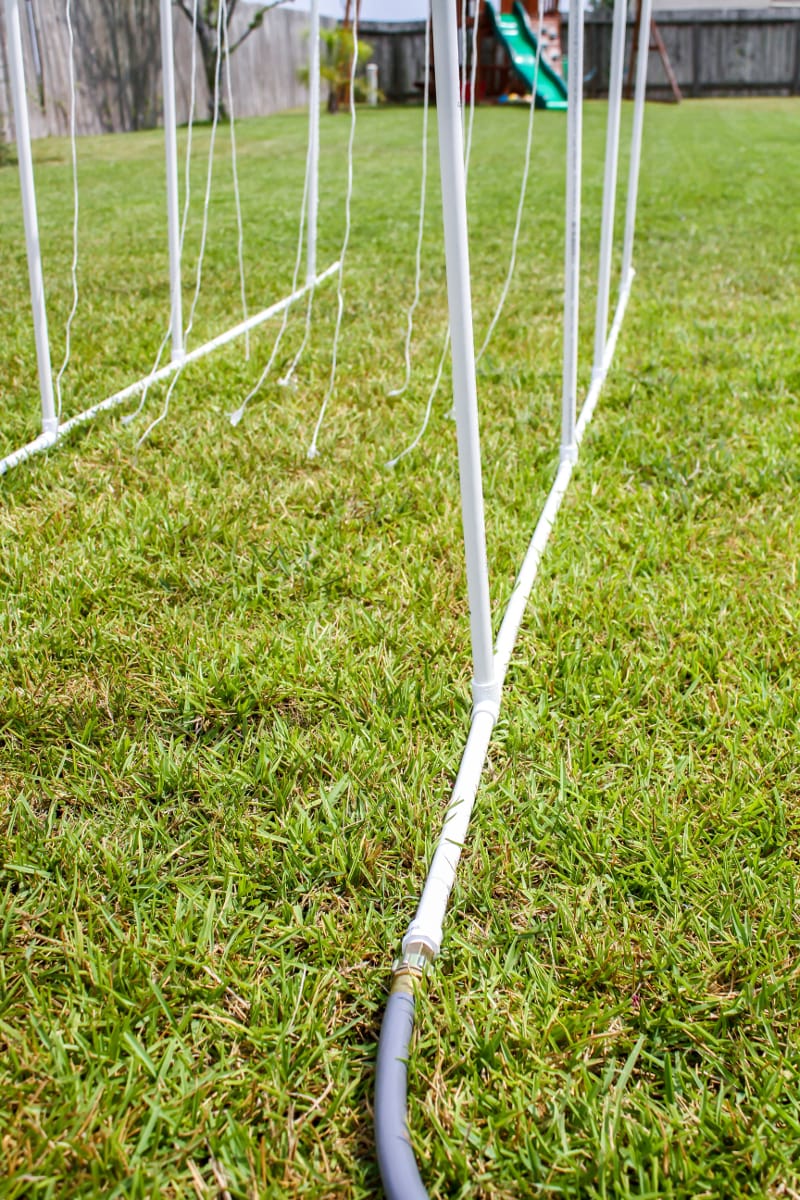 5. One important consideration is that you need a drain on both sides of the water feature. Install the hose connection on one end. 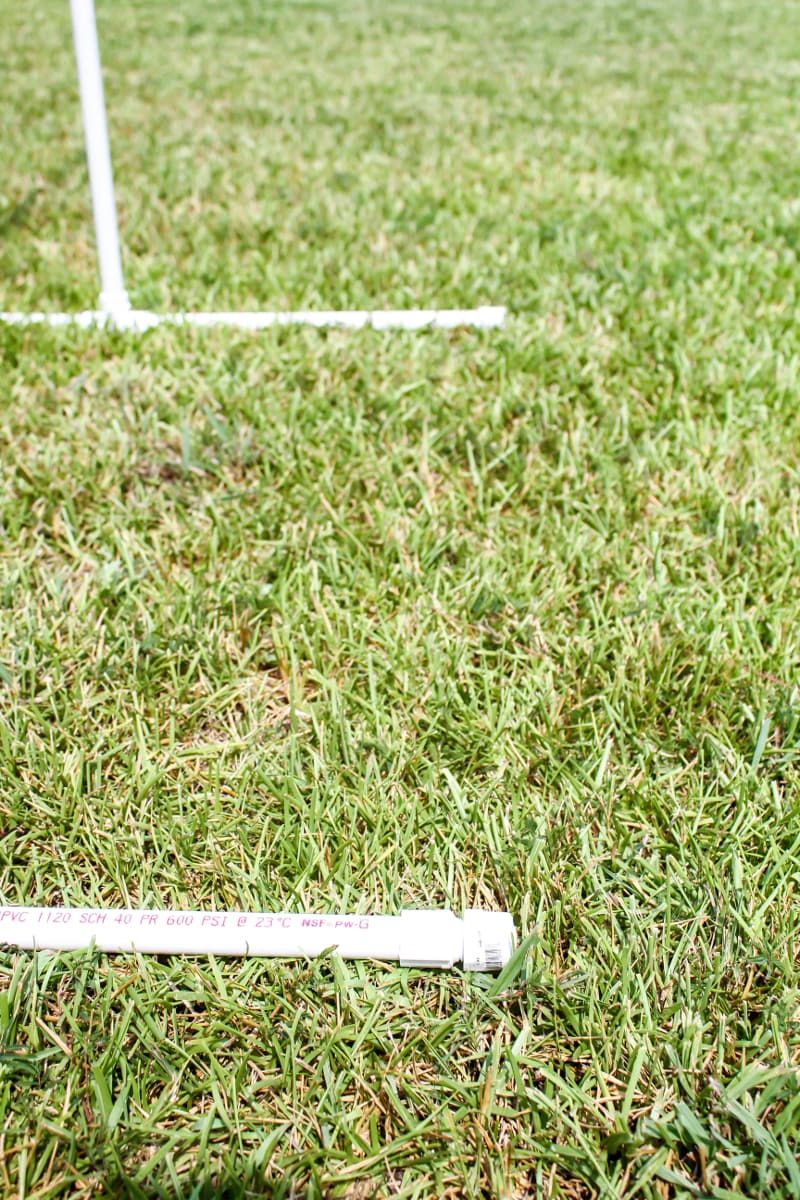 On the other side of the water tunnel, attach the threaded end-cap to both ends. This way, you can remove it and drain the water. On the remaining end (the one the hose isn’t going into), simply glue a standard cap. 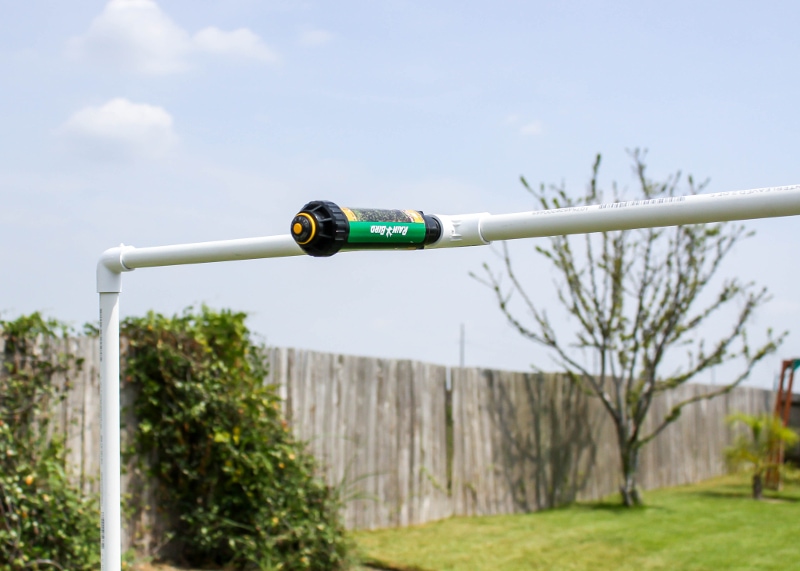 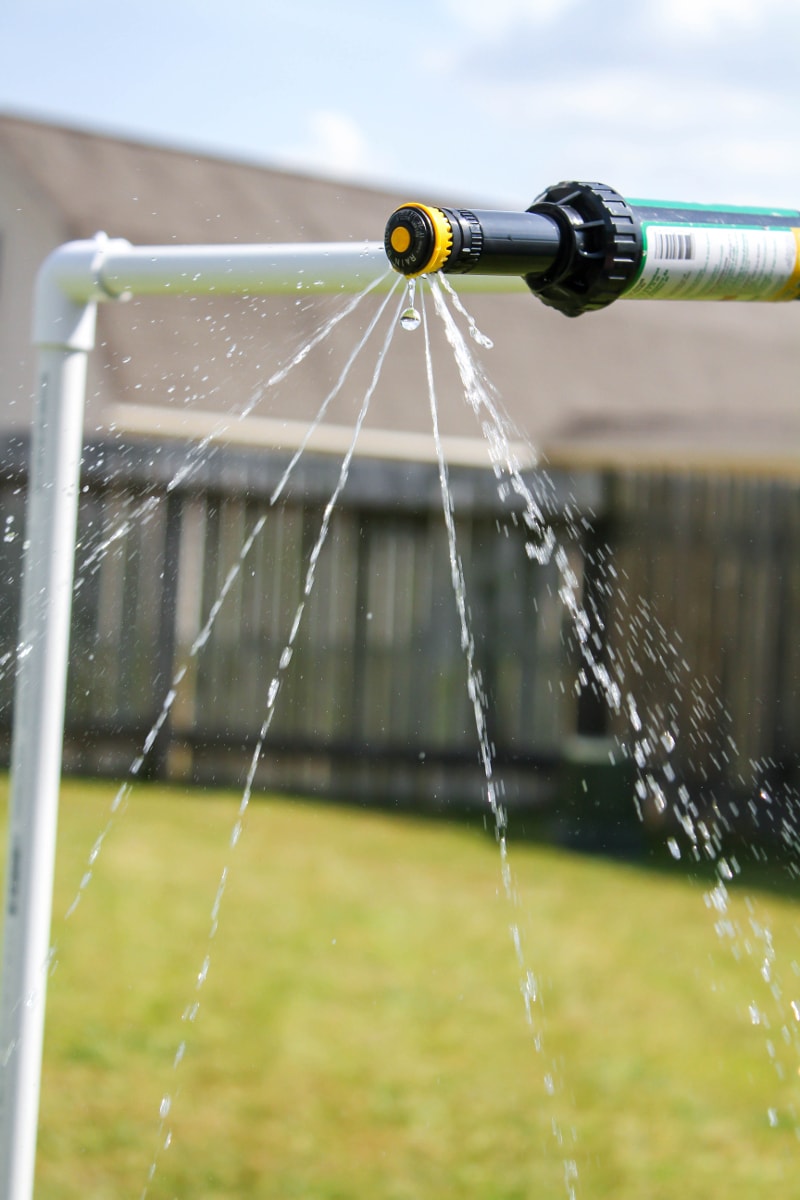 6. Install the rotating sprinkler on the threaded T connection.

7. The entire tunnel is now assembled. The remaining steps are to attach the water noodles, and to drill the holes for the water. 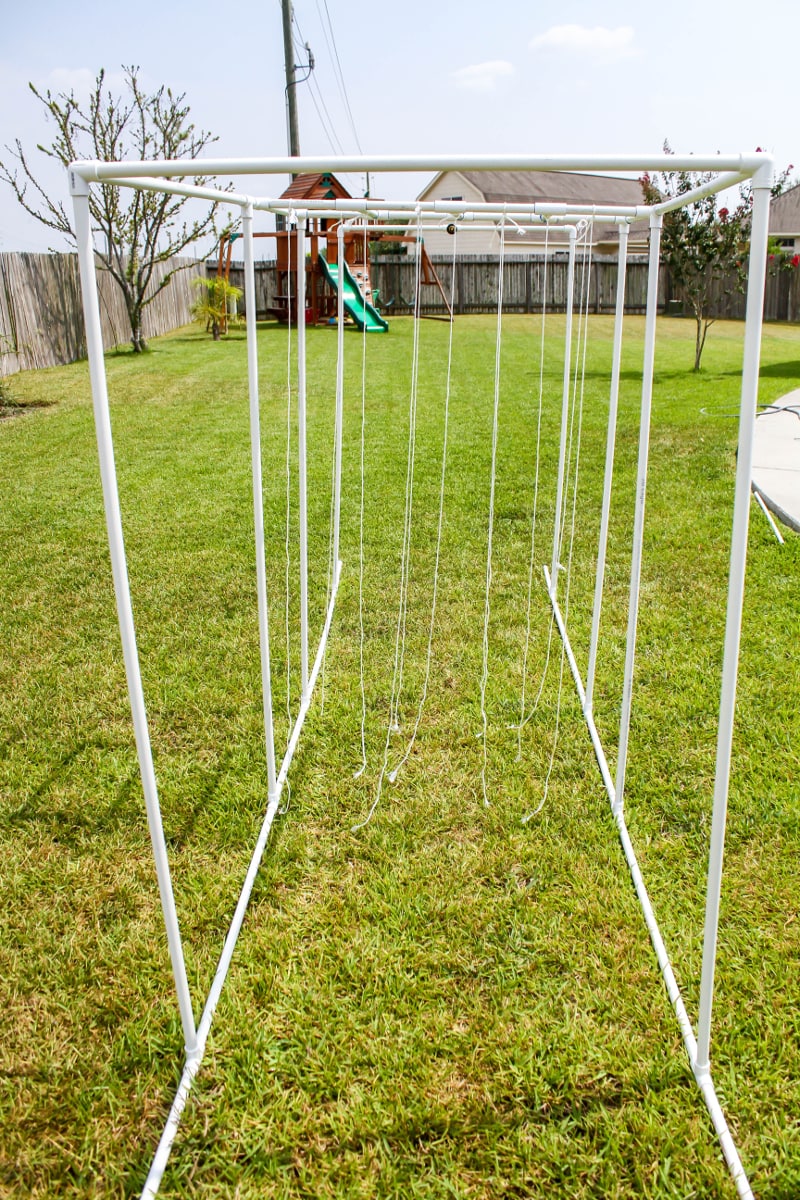 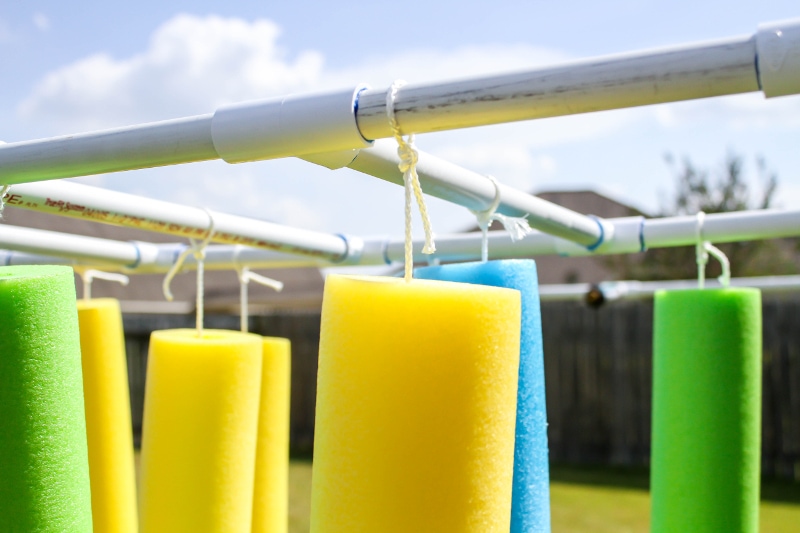 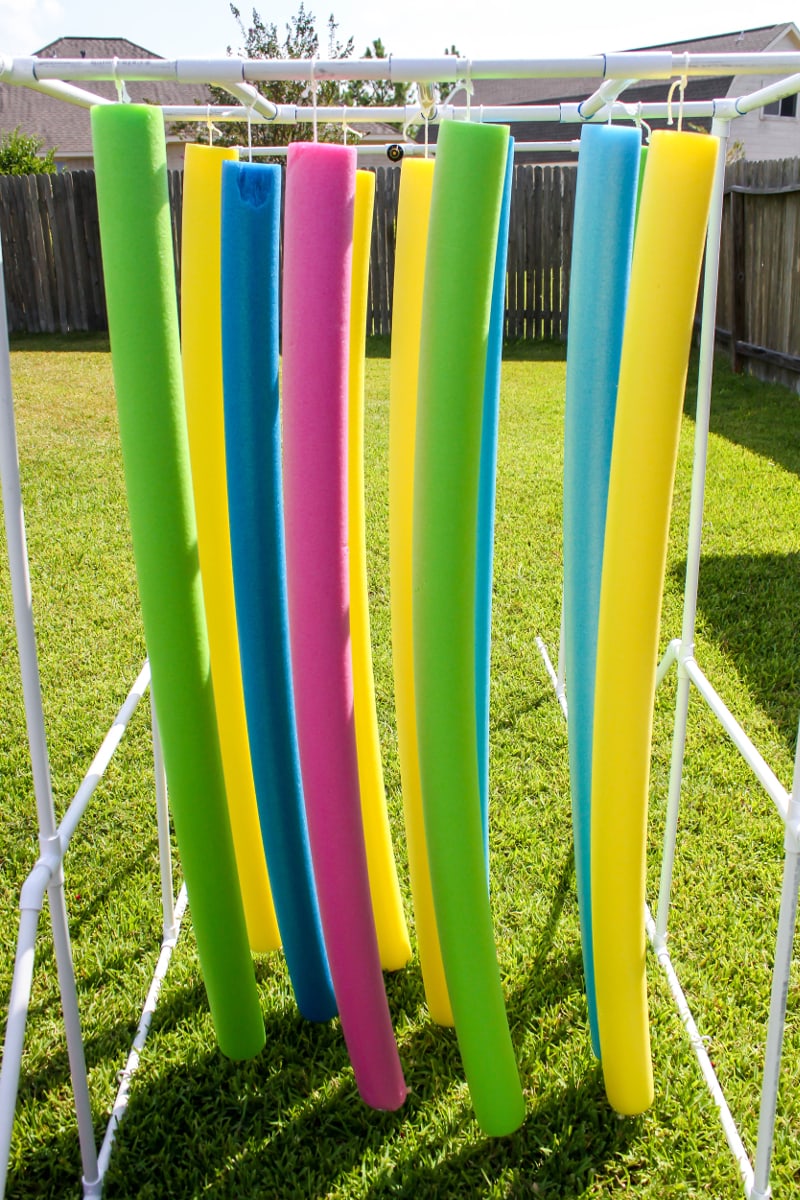 8. Add the noodles by tying a string that was a few inches longer than the water noodle to the cross members of the cage. String the noodle on, and tie the string around the middle of a popsicle stick on the bottom. This held it in place, but allowed it to be removed if needed. 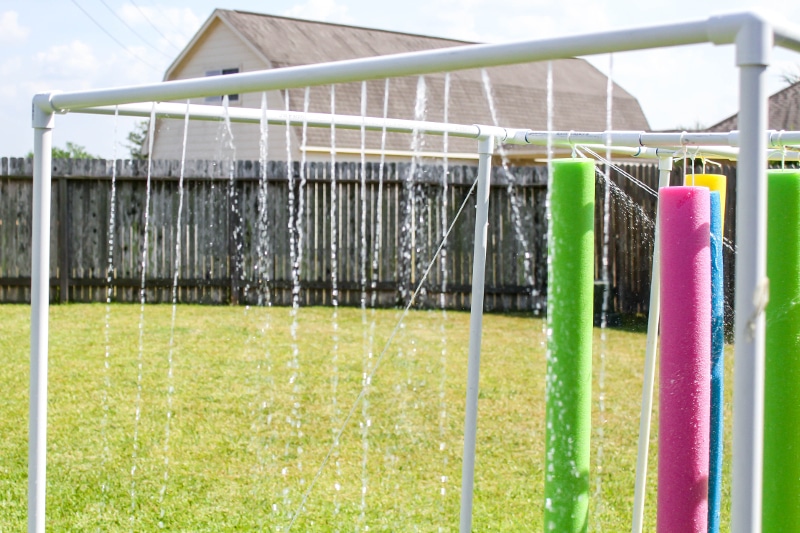 9. You can also drill a line of holes in the first cross beam to create the shower. We drilled them about 2” apart. If you have too many holes throughout the tunnel, then your water pressure is too low, and you will not have as good results. 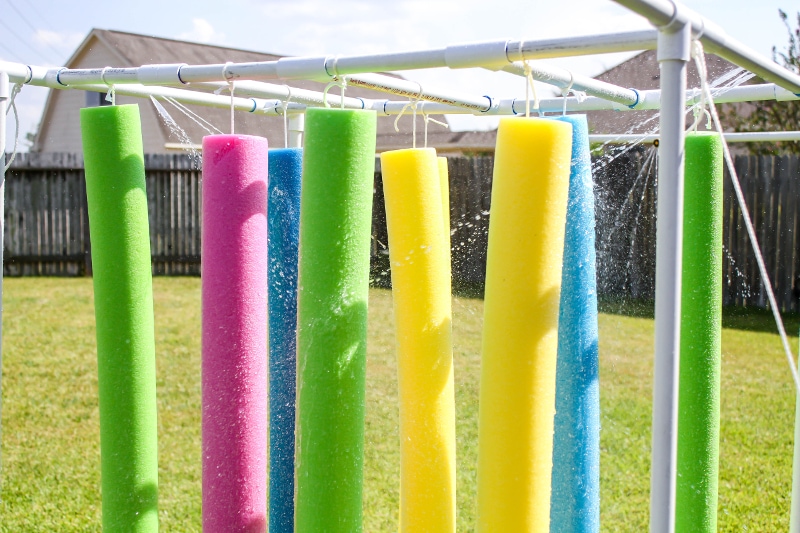 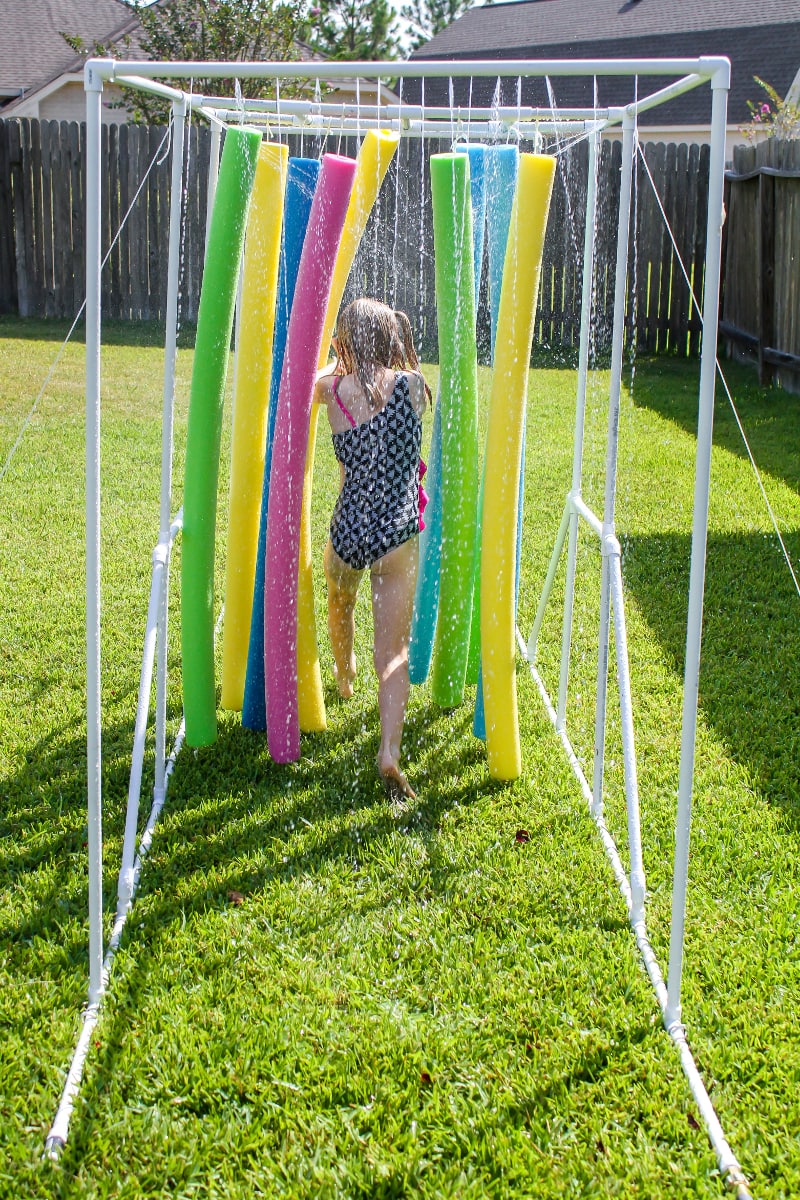 10. We also drilled 2-3 holes on the outer bars of the water noodles. These holes were at an angle, so they shot inward towards the person running through. Any more holes than these 20-25 would have reduced the water pressure too much. 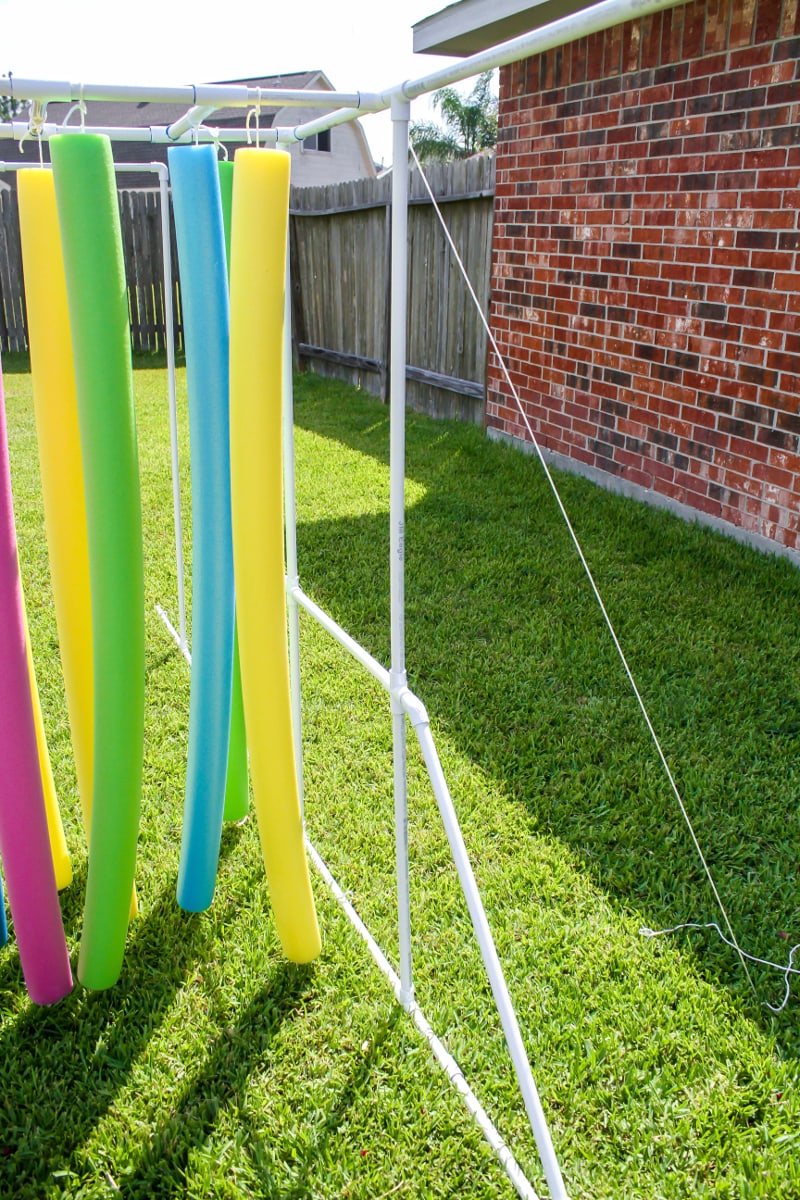 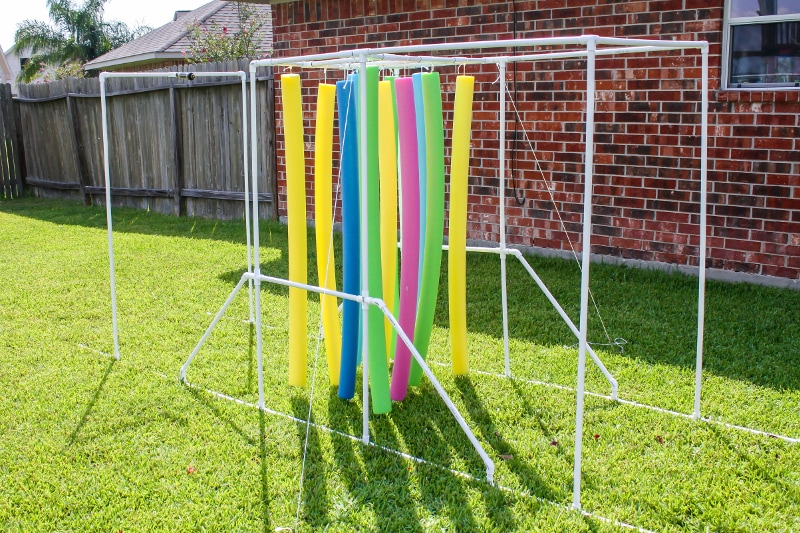 Once everything was all assembled, we tied ropes to the uprights by the noodles, and we staked it in place to keep it stable when kids ran through. 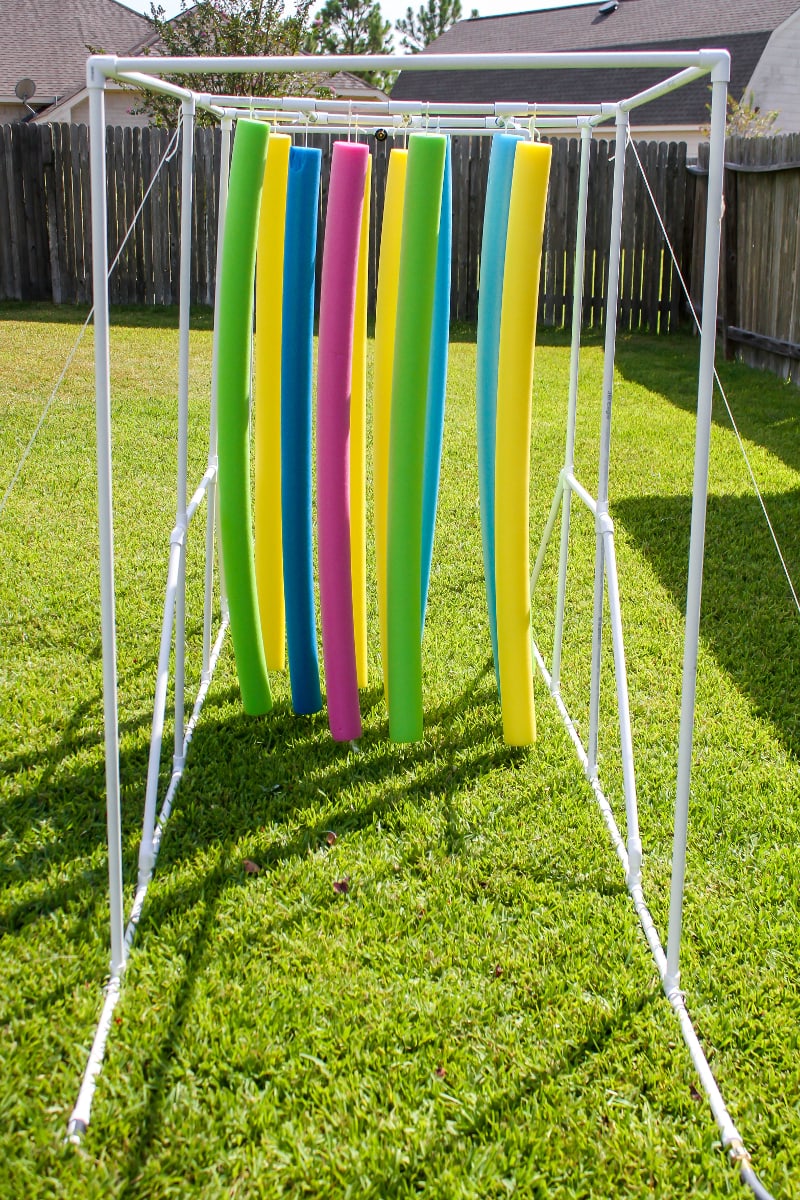 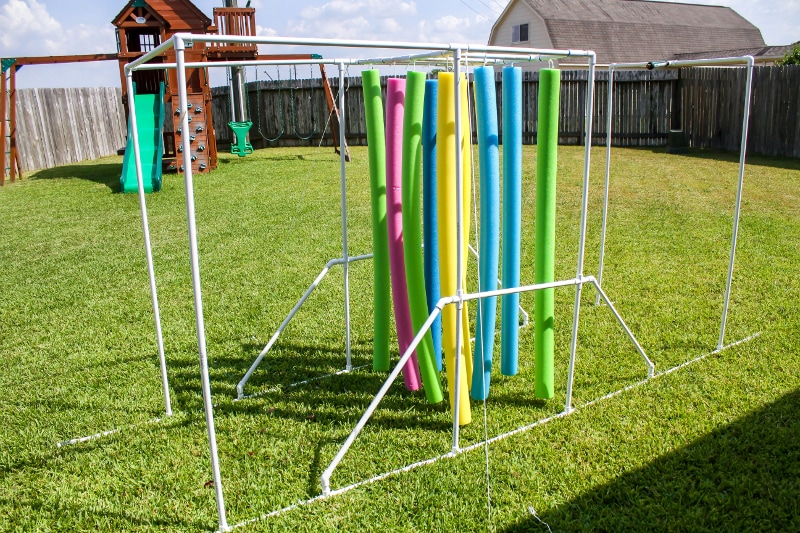 Now, the fun can begin!! The kids literally played in this thing for hours, and we actually ended up inviting a ton of friends over to play in it as well. One thing we do recommend is moving the entire course every once in awhile. We kept ours in place and the grass underneath ended up dying since the kids kept running around along the same path (WHOOPS!!) 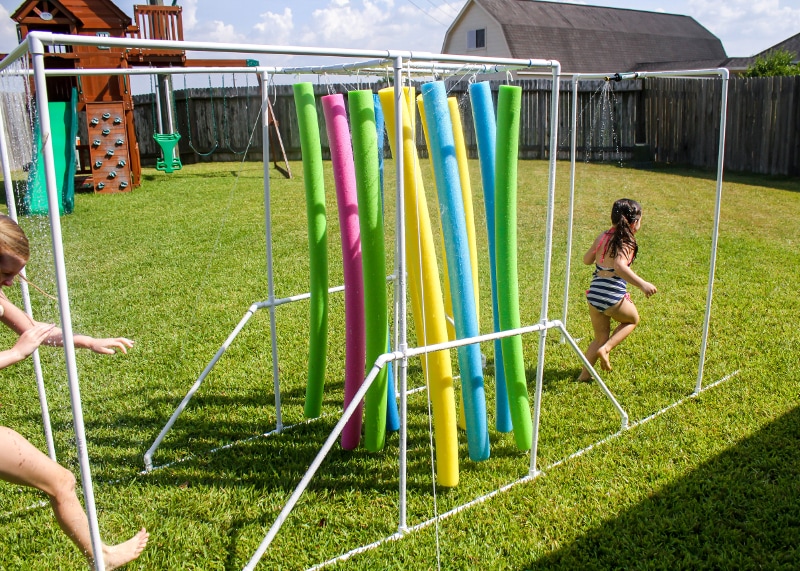 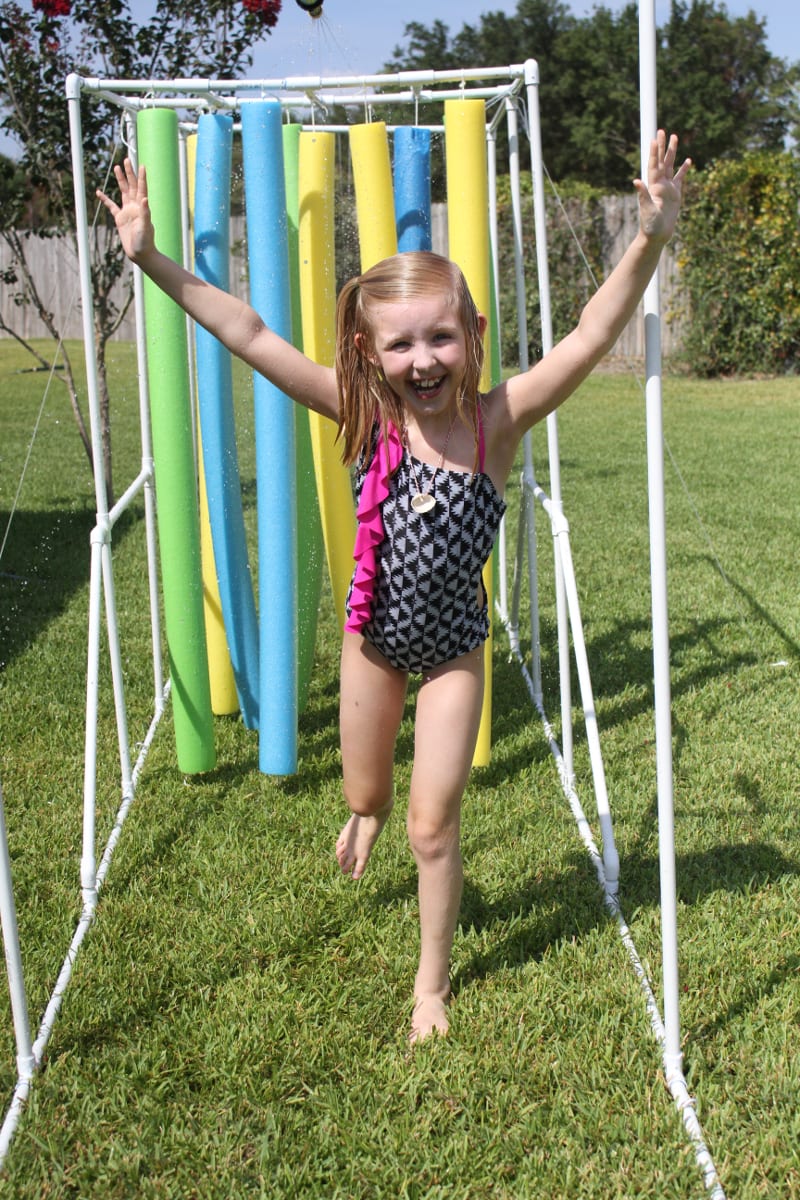 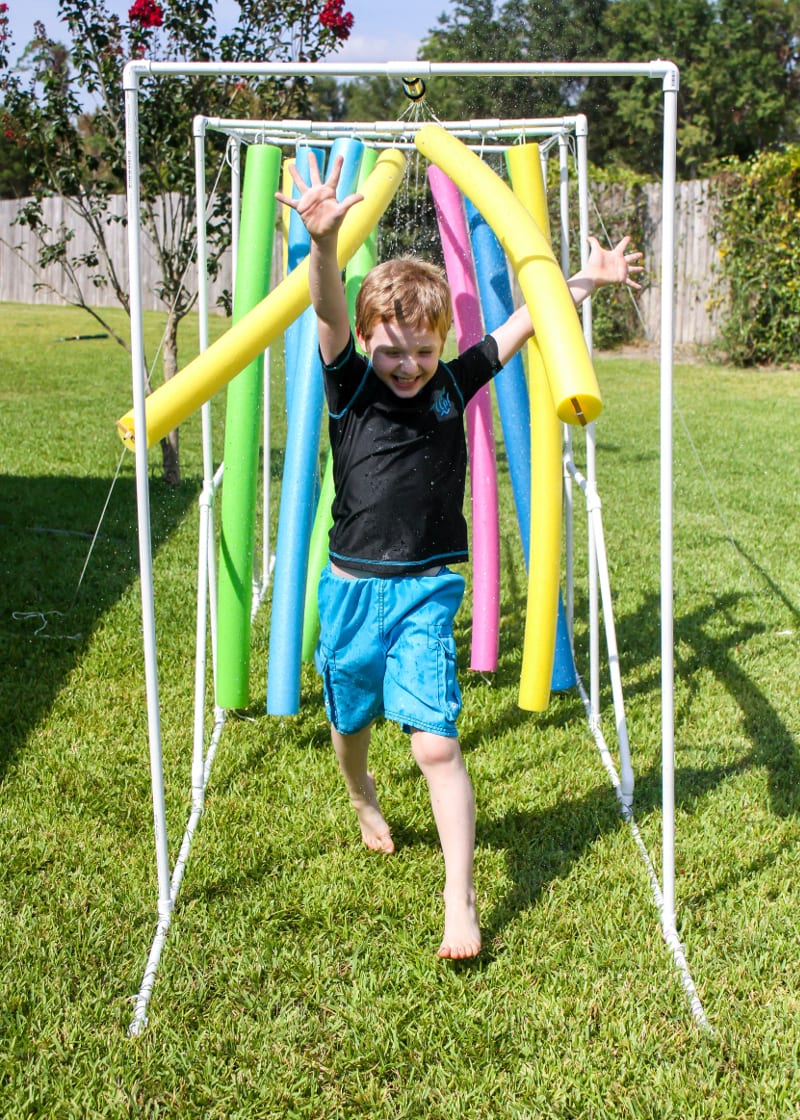 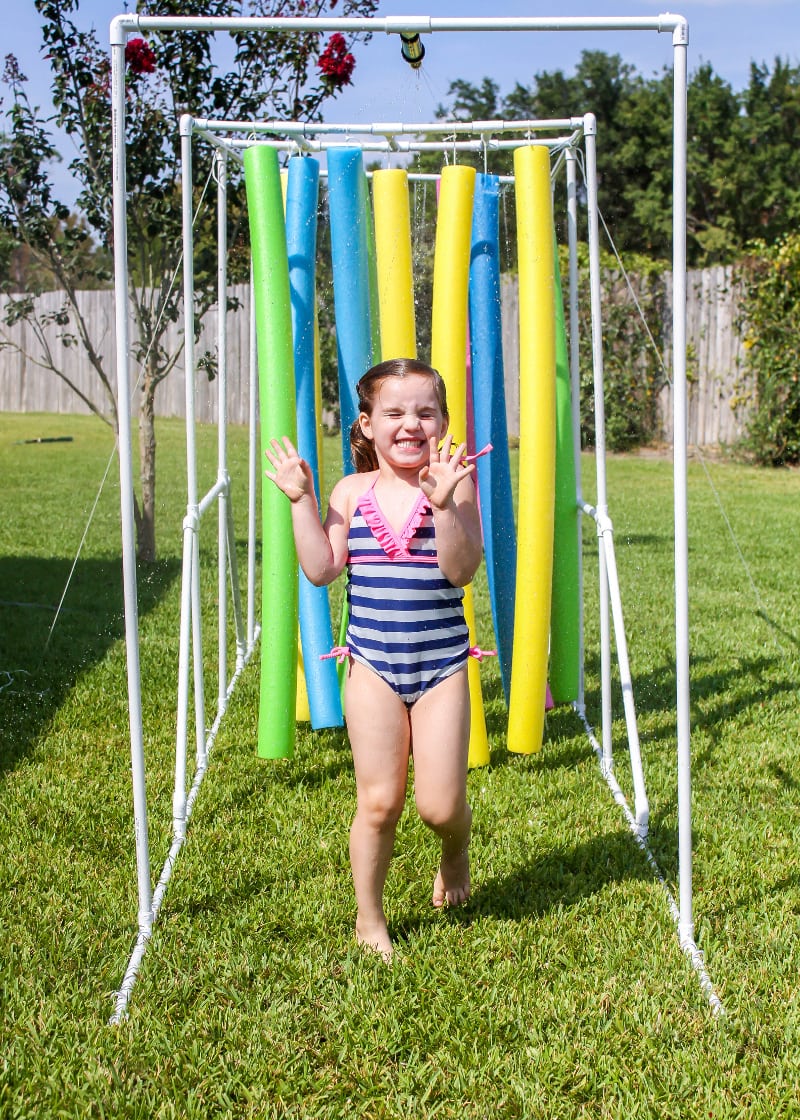 LOVE seeing how much fun these kids had playing on the DIY Sprinkler Relay. They obviously loved it, and I’m glad they had something fun that they could play with during the summer. 😉

Leave a Reply to The CoffeeMakered Cancel reply 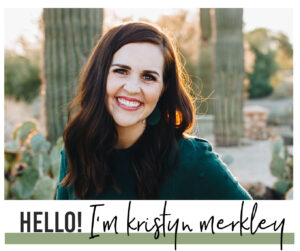